Our Project of the Month is an easy care, multi-tiered composite deck built at a home surrounded by trees on the shores of Skaneateles Lake. The original design of the deck was maintained. The deck measures 40-by-40 feet and is approximately 30 feet above ground level. Worn pine deck boards were replaced with composite decking. Glass panels, composite posts and railings, and aluminum balusters were used to trim the deck and augment the landscape. All decking materials are durable and easy to maintain. This project was the First Place Winner of Erie Materials' "Build the Greatest Deck" contest. 2.    Maintaining the original deck design while enhancing the views of Skaneateles Lake and the natural surroundings.

3.    Incorporating mature trees into the deck design and preserving the view.

4.    Providing an unobstructed view of the lake.

5.    Integrating the deck with a patio and the home’s contemporary architecture and style.

Old boards were carefully removed to preserve existing joists, which were in good condition. Rubber roofing was applied to the topside of the joists to extend the life of the deck. A DuraLife apron was installed to box in the joists. The old pine deck boards were replaced with DuraLife composite decking. A blind fastening system was used so there are no exposed nailheads or screws. Boards were laid in a pattern to conserve costs and optimize the use of materials. 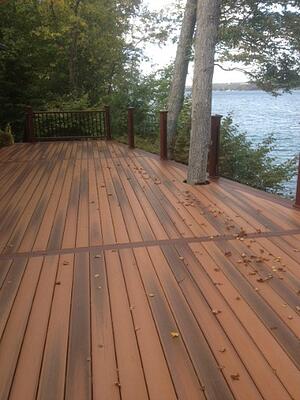 2.    Build the deck within the original deck’s footprint.

The original design of the deck was maintained. Posts were covered with DuraLife surfacing. The railings are DuraLife Railing System. Spindles are aluminum to withstand inclement weather. Both require little maintenance. 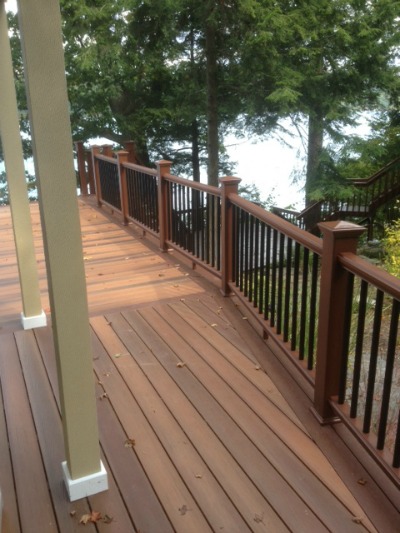 Custom deck framing rims trees to preserve the landscape. Boards were cut to incorporate trees on the property. Clear tempered glass panels blend into the landscape and accentuate the natural surroundings and lake view. 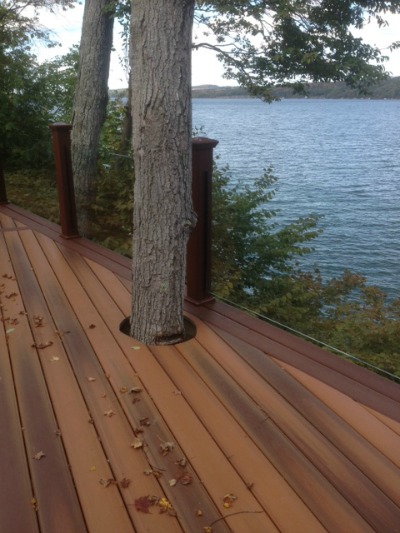 4.    Use glass rail panels to optimize the lake view.

Tempered glass rail panels were used on the side of the deck facing the lake to optimize the view. They appear almost invisible. Traditional railings were used on the opposite side and on the lower deck. The photo below shows the contrast between the two types of rails used. Traditional railings with metal DuraLife balusters are shown on the right and tempered glass rail panels on the left. Posts were covered with DuraLife caps. 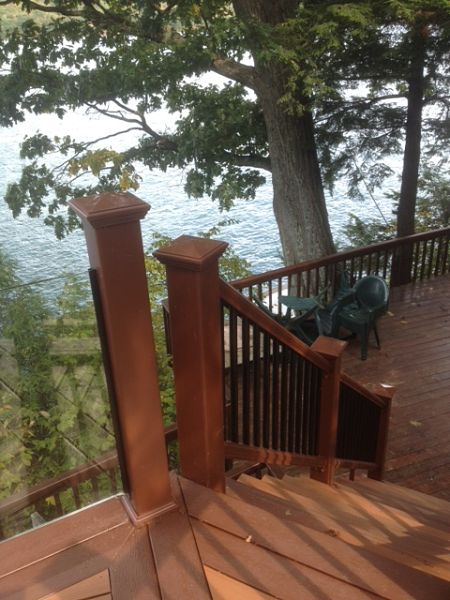 5.    Integrating the deck with architecture of the home, a patio and an open porch.

DuraLife decking was used for the entryway that leads to a patio and the deck below. The upper deck integrates with the home's architecture and includes posts that support an overhang creating a shaded open porch for seating. 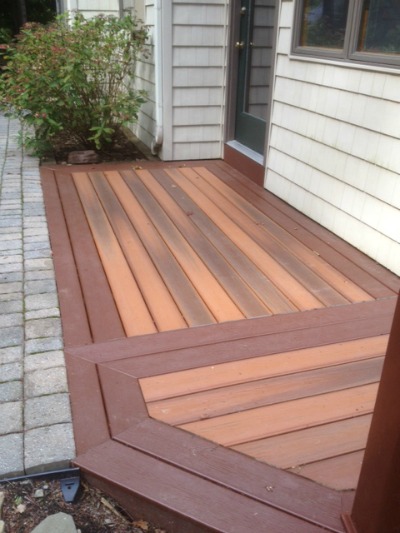 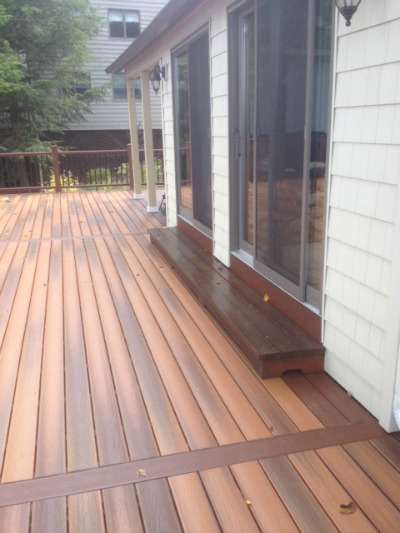