The 2013 Remodeling Cost vs. Value Report 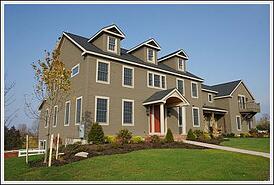 Each year we look forward to the publication of REMODELING Magazine’s “Cost vs. Value Report” and to reviewing industry trends both nationally and within our geographic region — the Mid-Atlantic region. One of the most significant changes in the 2013 report is that the expected return on investment (ROI), which measures the difference between average construction cost estimates and estimated resale value, increased for almost all projects.

The six remodeling projects that provide the greatest return on investment this year are replacement projects and ranked as follows:

Other popular remodeling projects that had a significant increase in ROI for 2013 compared to the 2012 Cost vs. Value Report, include:

While the report gives consumers a good idea about project costs, always consider these three questions when planning a remodeling project:

The tables below compare remodeling costs to resale values for midrange and upscale remodeling projects in the Middle Atlantic region, which includes New York, New Jersey and Pennsylvania. According to REMODELING Magazine's report, different remodeling projects offer a wide range of payback. For 2013, ROI (shown in the tables below as the % of Cost Recouped at resale) increased for almost all projects. Both tables list projects ranked by the greatest percentage of payback.


NOTE: Estimates for project costs and resale values were developed by a Research Team for REMODELING Magazine. The value you can expect to recoup at resale from your remodeling project is contingent on what the contractor brings to the table. Price quotes will vary so it is important to consider a contractor’s experience and the materials that will be used for the project. In selecting a contractor, review the portfolio of the contractor’s work and ask to visit projects the contractor has completed.