The Latest on Lighting: Compact Fluorescent and LED Lights

Lighting is important to every project we build. Our clients, both residential and commercial, often ask us about new energy saving lighting products, especially since in the near future consumers will no longer be able to purchase incandescent lights.

In December 2007, Congress passed an energy bill, signed into law by President Bush, which bans the incandescent light bulb by 2014. The phase-out of incandescent bulbs begins with the 100-watt bulb on January 1, 2012.

According to a recent AP story, creating alternatives to incandescent bulbs, particularly the 100-watt bulb, will be difficult because new bulbs will have to fit into light fixtures that were designed for the old technology.

All light bulbs must use 25 percent to 30 percent less energy by 2014. By 2020, bulbs must be 70 percent more efficient than they are today. Two products that meet these standards are compact fluorescent lights and LED (light emitting diode) lights.

Due to the high cost of LED lights, it is likely that most consumers will initially purchase compact fluorescent lights (CFLs) to replace incandescent bulbs. Here are some facts about CFLs from Eartheasy.com:

Currently, LED manufacturers are focusing their efforts on making LED bulbs more acceptable to consumers and eventually this technology will replace CFLs. The first generation of LED lights had two major problems: a narrow light beam that’s less bright than incandescent or fluorescent bulbs; and the cost -- over 9 times the cost of CFLs, averaging about $36-$40 per bulb.

If you are considering installing LED lighting here are some facts you should know:

While price makes purchasing LED lights prohibitive for many consumers, the future of LED technology may be bright if you consider the following:

To learn more about some of the latest lighting products, you can click on the following sites or visit the showrooms of these suppliers:

I hope you find this information helpful as you select lighting products for your home or business. New lighting technologies will not only reduce our carbon footprint, but will help save on energy costs. Since the technology is changing so rapidly, you will want to discuss lighting products with us to determine the best options for your project.

Have you started to replace incandescent bulbs in your home or business with CFL or LED bulbs? What do you think about these products? 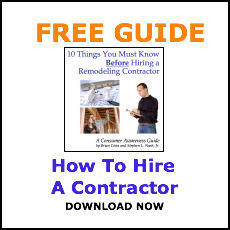